The majority of emerging diseases are of zoonotic (carried by vectors such as ticks and mosquitoes) origin and are an ever-present threat to the health of the citizens of New York State and beyond. This threat is likely to increase over time due, in part, to climate and environmental changes driving expansion of animal reservoirs and vector populations into new geographic regions, and by the exponential rise in international travel and commerce.

Lyme disease in particular has become the most common vector (tick)-borne disease in the northern hemisphere. In the US alone, the reported number of tick-borne Lyme disease cases has increased steadily to approximately 35,000 cases in 2014, and over 95,000 New Yorkers have been diagnosed with this disease between 1986 and 2014. In addition, the CDC estimates that the vast majority of cases go unreported and could number as high as 300,000 per year. Other tick-borne diseases, such as Powassan virus disease, Babesiosis, Anaplasmosis, Ehrlichiosis and Rocky Mountain spotted fever also contribute to a significant burden on public health.

Surveillance studies show clear evidence of the spread of tick-borne diseases northward. It is expected that this expansion of the tick’s habitat will only increase the number of people infected. However, the factors associated with this expansion are not well understood.  Similar trends are also observed for other vector-borne diseases, such as those transmitted by mosquitoes. 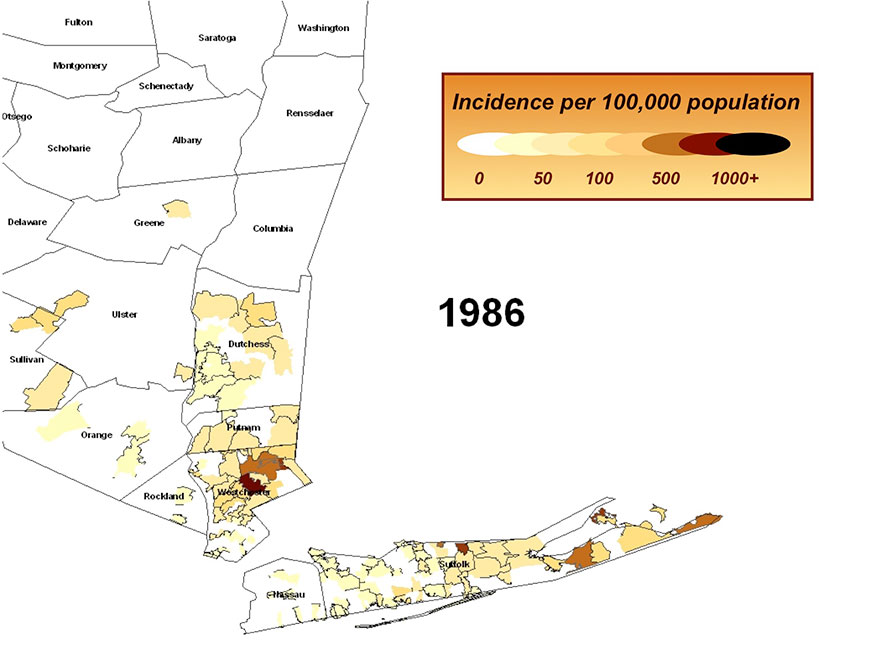 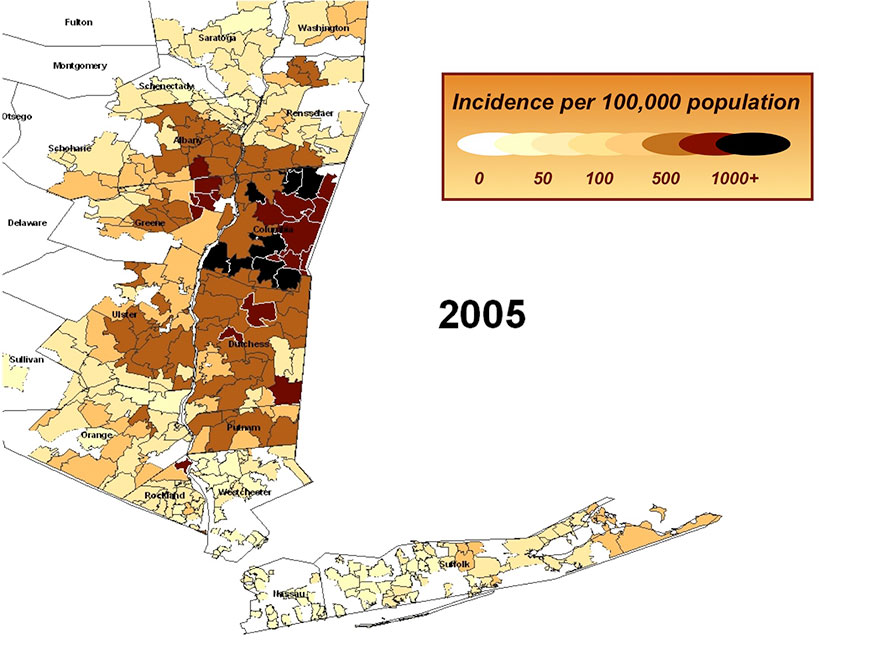 In response to this increasing public health concern, the New York State Senate commissioned a task force report on Lyme and Tick-borne Diseases. In this report it was recommended that New York increase its research, education, preventive measures and diagnosis and treatment activities to address the serious public health issues associated with the spread of Lyme disease.

The Wadsworth Center, New York State’s public health laboratory has made zoonotic and vector-borne diseases and in particular tick-borne diseases one of its priority focus areas directly addressing the recommendations of the Senate’s task force. As part of our Public Health Genomics Initiative we will develop genomics methods that will directly benefit the State’s surveillance activities, and our zoonotic and vector-borne diseases research group is focusing on understanding the biology of pathogen-vector and pathogen-human interactions, as well as some of the underlying biological and environmental causes that contribute to the ever expanding range of ticks and mosquitoes in the state.

Research in this area is designed to advance our understanding of zoonotic agents and their associated hosts and vectors, and ultimately to drive the development of predictive and control measures to reduce the human morbidity and mortality. The Wadsworth Center includes highly unique facilities and resources for the study of these pathogens, and researchers in this area possess a broad range of expertise including ecological, organismal, molecular, genetic, structural, and biochemical. Particular pathogens of interest include tick and mosquito-borne bacteria and viruses such as Borrelia (causing Lyme disease), West Nile virus, Dengue virus, eastern equine encephalitis virus and Powassan virus, as well as other zoonotic agents including rabies virus. Areas of study include pathogen adaptation and evolution, vector genetics and adaptation, host-pathogen interactions, antiviral discovery, and molecular/biochemical mechanisms.

Research by Area of Study