The Wadsworth Center Bacteriology and Mycobacteriology Laboratories will sequence all strains from patients in New York State, including New York City, with this highly comprehensive testing approach that assesses all 4.4 million bases of the MTBC genome.

More than one species of mycobacteria can cause TB disease. The closely related bacteria that cause TB are referred to as Mycobacterium tuberculosis complex, or MTBC. Previously, characterizing these highly related organisms was challenging; however, WGS overcomes the limitations of older methods and provides more information than before.

As a pilot site, Wadsworth will use WGS to:

Recently, the laboratory was awarded an NIH R03 grant to explore methods to perform WGS directly on sputum specimens. 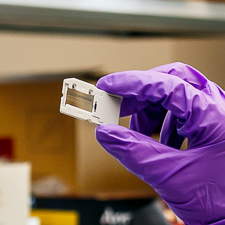