The laboratory quickly identified high levels of the diluent vitamin E acetate as a new additive of concern in a significant number of the vape fluids analyzed. The FDA was notified and a press release from the New York State Department of Health was issued on September 5th, 2019 warning of the risk from vitamin E acetate present in illicit vaping products. The FDA later determined that vitamin E acetate was present in the bronchoalveolar lavage fluid from the lungs of nearly all EVALI cases investigated, providing evidence of the association. While the mechanism for the toxicity has still not been confirmed, vitamin E acetate is believed to be the main cause of the EVALI illness.

The Laboratory of Organic Analytical Chemistry has tested hundreds of vape fluid samples and continues to investigate vape fluids from suspected cases of EVALI, with the most recent case being submitted in mid-March 2021. Tens of thousands of vitamin E acetate-containing vape devices are still believed to be in circulation throughout the country.

A recent publication on this topic: 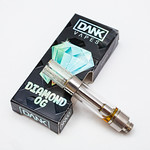