An article published recently in EBioMedicine describes a new multiplex serologic assay developed by Wadsworth Center’s Diagnostic Immunology Laboratory Director, Dr. Susan Wong, in collaboration with Dr. Pei-Yong Shi of the University of Texas Medical Branch (UTMB). It is anticipated that this test will soon be approved for use on clinical specimens.

When the Zika outbreak struck, there was no commercially available “Zika test”. A national testing algorithm involving several methods was developed and Wadsworth Center has used this algorithm on over 10,000 specimens.

While PCR tests are used in this algorithm to detect elements of the virus itself, such tests are often only useful within the first week after the onset of symptoms. Beyond this point, IgM-based (the first antibodies the body produces) serologic tests are currently used, but these leave room for improvement.

Upon infection with one of the many flaviviruses (the group to which Zika belongs), the body’s immune system produces IgM antibodies. With the first infection, this immune response lasts about 90 days; however, subsequent infections with similar viruses result in lower levels of IgM production that last only half as long. Depending upon the interval from infection to testing, IgM-based tests could miss the infection. Most alarming, pregnant women with Zika could go undiagnosed.

A large portion of the population served by the NYS Department of Health comes from regions where flaviviruses, such as dengue or West Nile virus, are endemic. The proteins, especially envelope proteins used in testing, are similar among flaviviruses, resulting in cross reactivity and false positives. Vaccination against any one of the flaviviruses could also be responsible.

As per the testing algorithm, IgM positive specimens are further tested by plaque reduction neutralization testing (PRNT). Approximately 70% of the PRNT results were positive for both dengue and Zika and it was not possible to say which was responsible for the recent infection.

Dr. Wong says, “I contacted Dr. Shi in January of 2016 to see if we couldn’t combine our efforts to develop a better assay. Dr. Shi and I have successfully collaborated on various projects for over a decade. Our areas of expertise complement each other.”

The new test seeks to solve each of these shortcomings: detect Zika infection at a greater interval from infection, reduce false positive rates due to cross-reactivity with other flaviviruses, indicate which flavivirus is responsible for the recent infection and reduce testing turnaround time.

The test method is referred to as microsphere immunofluorescence assay or MIA. One advantage over current serologic tests for Zika is that it not only measures IgM levels, but also IgA (mucosal antibodies) and most importantly IgG (long-lasting antibodies) levels. This allows for detection at a greater interval from infection.

Seven proteins, including nonstructural proteins which are more virus-specific than the envelope protein, are used. Three are specific for Zika virus, while the remaining are specific for dengue virus. Each protein gives off a different fluorescent signal, allowing all seven proteins to be multiplexed into one assay. This often allows for differentiation between Zika and dengue, and also conserves specimen volume – critical for newborn specimens in which insufficient quantity is a frequent issue.

Dr. Wong’s laboratory also found that it was possible to perform avidity testing (analysis of the overall strength of the antibody-antigen interaction) as part of the same MIA test. If a specimen has antibodies to both Zika virus and dengue virus, the results with lowest avidity are from the most recently infecting virus.

Turnaround time would be reduced from weeks to under four hours by utilizing the new test. Compared to other serological tests (ELISA), MIA also has a higher throughput and lower cost.

Wadsworth Center will implement this test in its Diagnostic Immunology Laboratory in the near future. 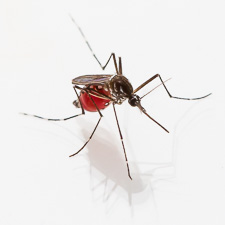